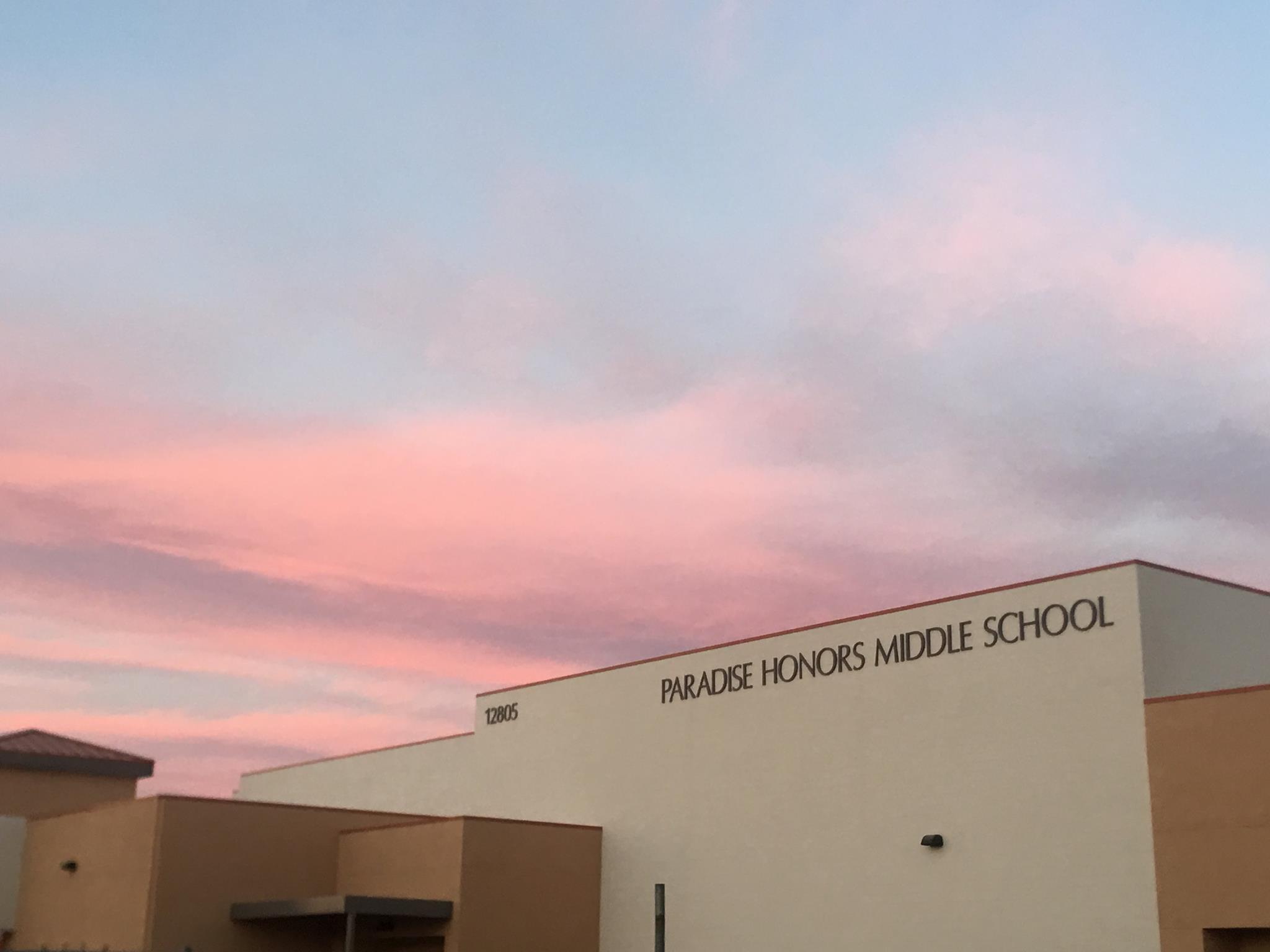 Paradise Schools was founded in 1998 at the overwhelming request of the local community.  At the time, a local pastor began hearing repeatedly from community and church members about the need for improved schools. Shortly thereafter, he met with a team of educators and community members from which the idea of a school was born. As a result of much hard work, a K-4 Paradise Honors Elementary campus was designed. Under the sponsorship of the Higley School District and in the dust of an empty parcel of land, parents, and students who were desperate for an alternative to the local district lined up by the hundreds to join Paradise Honors Elementary. The land where they stood would house modest portable buildings upon opening its doors for students in September of 1998. However, just a few years later in 2000, a Multi-Purpose Building was constructed and the small school site would later transform into the comprehensive elementary school campus of Paradise Honors Elementary; a school that quickly became known for its love of children and excellence in education.

The community again began to express a dire need for a secondary school that would carry on a safe climate and challenging academics that both the elementary and middle school offered.  As a result, just one decade later Paradise Honors High School opened. Like its preceding schools, the beginning was modest. A “4 room schoolhouse” in a rented facility would eventually give way to a comprehensive high school campus and completing Paradise Schools as a successful K-12 district.

Paradise Schools proudly serves over 2600 students and their families.  Our rich tradition of academic excellence and a positive learning environment are just two of the revered qualities of our schools. Everyone at Paradise Schools works diligently to provide a unique, enriching and rewarding learning experience for all of our students. We thank you for joining us at Paradise Schools and look forward to serving you and your family!
Read more About Us

Welcome to Our New Website! We are still under construction

Welcome to Our New Website! We are still under construction

Thank you for visiting our new website! Please check back often as updates are made, and click on article headlines to view full stories where applicable.

Summary text is best limited to 1-3 sentences, and featured images will look best if all ratios match (current ratio 2x3 landscape). This is an example story.

Urgent stories can be given an alert for parents or community members. This will generate a popup box when you log in, and you can opt to read the full story, dismiss the message once, or opt to not show again. You may set an expiration for the alert.
Show All News